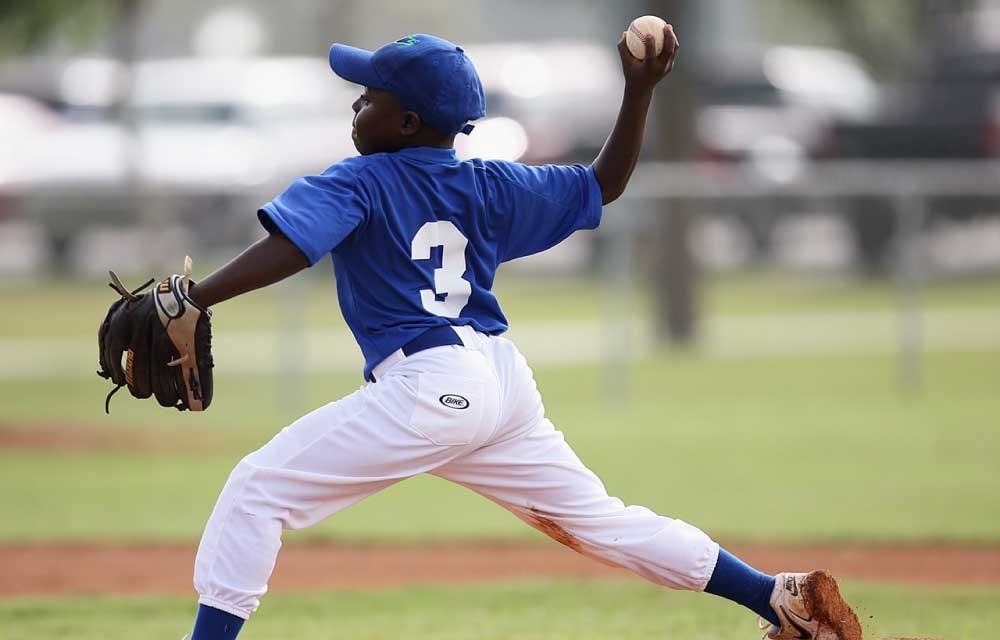 As anyone who has participated in them recently will attest, youth sports have become highly competitive. Travel soccer, basketball, and baseball are all ones that I’m highly familiar with based on my own experiences with my kids and people I know who can easily have their year-round schedule heavily occupied by practices, games, tournaments, training, and otherwise being focused on their sport.

Some coaches and parents feel like young participants who naturally lean towards a particular sport need to eat, sleep, and breathe that sport in order to achieve his or her ultimate potential.

I’ve seen baseball teams in Utah, where my kids have played for the past several years, play in leagues and tournaments in the spring, summer, and fall that involve five games each week. During the only season they can’t play (because it’s too cold from late-November to mid-February), the kids are expected to stay busy throwing, hitting, working on fielding and other aspects of the game.

I’ve seen lots of kids experience burnout from this kind of schedule, and their performance wanes while their interest in the sport does the same.

Many parents and coaches understand that taking a different approach, giving kids the chance to experience a range of various sports and other physical pursuits, helps them to be more balanced and is better for them in the long run.

The National Athletic Trainers’ Association recently (October 16, 2019) released a list of recommendations related to reducing the risk of injury for kids participating in youth sports. Their recommendations regarding sport specialization sides with the more balanced approach to having kids specialize in a particular sport.

Here are the NATA’s six recommendations for maintaining the health and well-being (these guidelines consider the psychological as well) of young athletes:

Delay specializing in a single sport for as long as possible: Sport specialization is often described as participating and/or training for a single sport year-round. Adolescent and young athletes should strive to participate, or sample, a variety of sports. This recommendation supports general physical fitness, athleticism and reduces injury risk in athletes.

Rest and recovery time from organized sport participation: Adolescent and young athletes should spend time away from organized sport and/or activity at the end of each competitive season. This allows for both physical and mental recovery, promotes health and well-being and minimizes injury risk and burnout/dropout.

For sports parents who feel pressured to have their young kids involved in one sport year-round, this formal recommendation from NATA provides some justification for pushback to aggressive coaches and teams who often develop a habit of prioritizing the team’s or organization’s interests above what is best for the athletes who comprise their teams, let alone the families of those athletes. There are too many situations in youth sports where a family feels almost hostage to a specific team their child plays on. Not only is that approach not necessary, it’s not even healthy for the athlete, and doesn’t help with his ability to reach the higher levels of the game.

To summarize the intent of these recommendations, young athletes who over specialize in a given sport tend to be at higher risk of injury and mental fatigue due to their being exposed to the same repetitive activities, which makes them susceptible physically and mentally.

One of the misconceptions that often motivates sports parents to have their kids specialize is the idea that if they don’t, they’ll fall behind their peers and lose out on the opportunity to compete in high school, college, or potentially at a professional level. The data on professional athletes just doesn’t support a need for having that fear.

In their sport specialization recommendation, NATA points out that training experts in various professional sports fields, including hockey and football, endorse participation in other sports besides an athletes favorite. James Collins, president of the Professional Football Athletic Training Society (PFATS) pointed out that “almost 90% of 2018 NFL Draft picks were multi-sport athletes.”

Cross-training in other sports is an asset to development and encouraged even at the professional level.

Chris Kingsley, president of the Professional Hockey Athletic Trainers Association, commented that with regard to hockey, “cross-training in other sports is an asset to development and encouraged even at the professional level.”

It can be easy to get caught up in having your kid specialize in a sport so much that it leaves little time for anything else.

When my oldest son initially became involved in competitive baseball, it was a big jump in commitment required by him and our family. We were used to taking our kids to one practice a week, then having games on Saturdays and once on a weekday. Travel baseball involved several two-hour practices each week, and we’d often play as many as five games in a week. Tournaments, which we went to every four to six weeks, would involve more practice time to get prepared and would involve as many as seven games on a weekend.

While we have not yet become fatigued of having our sons play baseball, it is apparent to us that there has to be balance. Fortunately, we’ve found an organization that recognizes the need for kids to be balanced athletes. They have optional practices in the fall through the winter, and they don’t field a team except during the normal baseball season in the spring. They are competitive and focused on player development and improving, but the approach is a balanced one which considers the players’ long-term health.

We appreciate that balanced approach.

On the flip side of this balance coin, it’s also important to remember that if your child wants to become an exceptional athlete and has goals to move up to higher levels of participation, the local recreation league many just not cut it, at least not for their favorite sport. For us, baseball is the sport our kids have chosen as their preferred opportunity for long-term success. For that reason, we put them into less-competitive recreation or open leagues for basketball, soccer, and other sports, while putting more time and effort making sure that their baseball participation is with a team that will really help them develop.

We feel like that approach gives them balance, but also facilitates their natural desires to excel in baseball.

You may have to do some research on your local sports scene and assertively put together a scenario that works for your child, but it’s worth knowing what the NATA recommends regarding becoming too specialized too young.